Massive utilization of forest resources became one factor which caused degradation on natural forest. Forest
degradation which occurred continuously could cause a change in forest composition. This could happen because
seedling from invasive species dominated the area of natural forest. This research aimed to determine the composition
and structure of recovering forest stands managed by TPTJ system in area of IUPHHK-HA PT. Suka Jaya Makmur,
West Kalimantan. The results showed that non-commercial Dipterocarp species group had the biggest value of density
and proportion among all stages of Dipterocarp stand. Curve diameter distribution showed a balanced logged forest.
The diversity in all plot-area was high. Kelampai and Meranti were dominated in canopy level. Aternatif; Kelampai and
Meranti were dominant at canopy level Jambu monyet and Kelampai were the species that dominated in seedling level.
Alteratif; Jambu monyet and Kelampai were the species that were dominant at seedling level Tree and seedling had a
different composition, it was shown by the ID value at >50%. This was shown by cluster analysis which divided into four
groups. Commercial species proportion was generally larger than other non-commercial species. 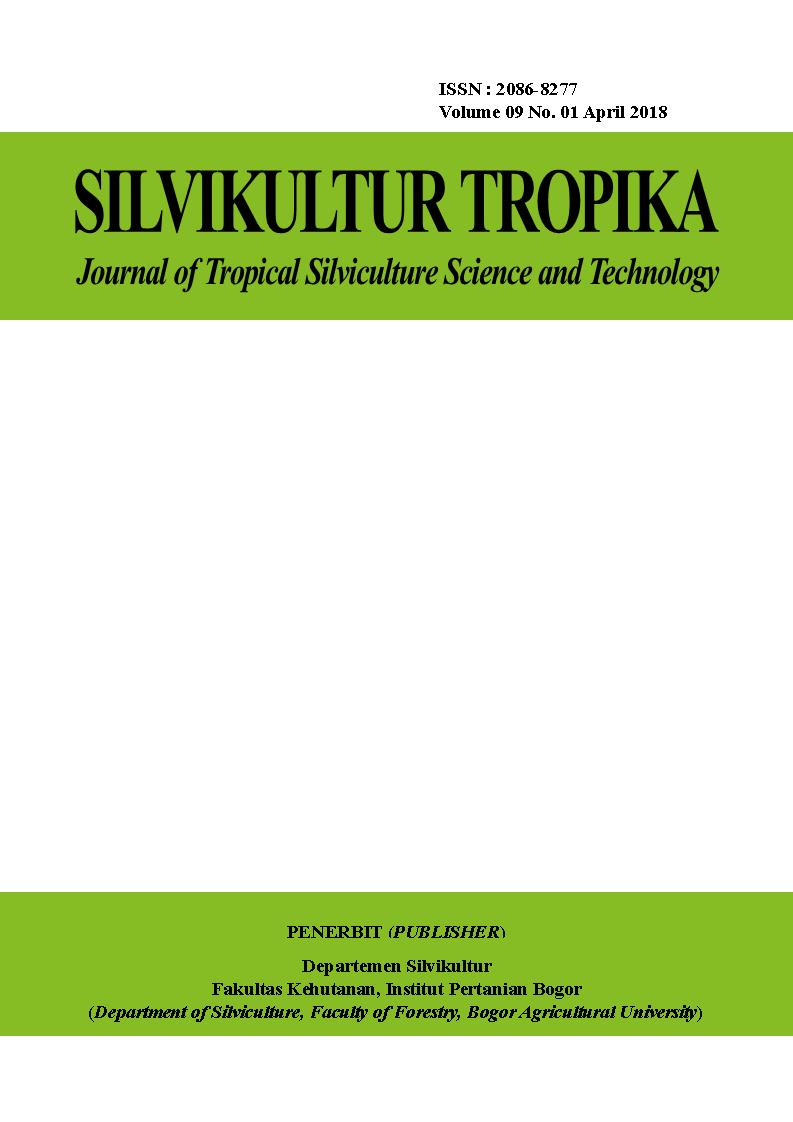