The ability to mature and fertilize oocytes of endangered species may allow us to sustain genetic and global biodiversity. Epididymis sperms may be the last chance to ensure preservation of genetic materials after injury or death of a valuable animal. Studies have been conducted to determine wether both epididymis sperms and oocytes can be used to produce viable embryos and offspring. The purpose of this study was to determine how long cats sperms contained in epididymis were remain motile and had intact membranes when preserved at 4 oC, and to determine whether such those preserved sperms are able to fertilize oocytes. Epididymis was preserved immediately in phosphate buffer saline at 4 oC for 1, 3, and 6 days. The observation of sperm quality and viability after preservation was performed by vital staining acrosom and Hoechst-Propidium Iodine. Biological functions of sperms were evaluated by in vitro culture technique for fertilization, micro fertilization and embryonic development rate in CR1aa medium. The results showed that average motility of sperms collected from ductus deferens, cauda and corpus epididymis decreased not significantly (P > 0.05) from 0, 1, 3, and 6 days of preservation times (from 83.0%, 80.2%, 79.0%; 80.9%, 75.0%, 75.5%; 52.0%, 63.2%, 55.0% to 34.6%, 34.6%, 33.3%, respectively). The general results showed that sperms from epididymis preserved for 1, 3, and 6 days can be used for IVF. The rate of embryonal cleavage produced by IVF technique using sperms collected from epididymis preserved for 1-, 3- and 6-days were 33.3, 26.7, and 20.0%, respectively and significantly different (P < 0.05) from that of controll (50.0%). In conclusion, sperms contained in epididyimis preserved at 4 oC in PBS (Phospate Buffer Saline) for 1-6 days can be used to IVF and in vitro production of cat embryos. 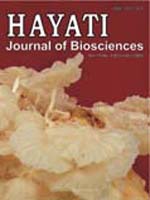