In Vitro Fertilization and Embryo Development

Experiments were conducted on the morphology, fertilization and embryo development rate of vitrified ovine oocytes matured in vitro. Three vitrification solutions were used for vitrification. PBS supplemented with 1% BSA, 30% ethylene glycol was added by one of three different sucrose concentrations, 1.00 M (VS1), 0.50 M (VS2), and 0.25 M (VS3). The results showed that the percentages of normal vitrified oocytes after warming were 78 and 63% in VS1 and VS2, respectively, which was significantly higher as compared for VS3. The fertilization rates were 59 and 66% in VS1 and VS2, respectively, which were also significantly higher as compared with VS3 (35%). Zygote viability after 18 h was 57; 43; and 40%, for VS1,VS2, and VS3, respectively, which was not significantly different. The incidence of polyspermic penetration increased with increasing sucrose concentration, i.e 23, 11, and 9% in VS1, VS2, and VS3, respectively, as compared with unvitrified oocytes (4%). The cleavage rate of vitrified oocytes in VS1 was 13.2% which was significantly lower (p<0.05) compared to those of unvitrified control oocytes (70.0%). Hence, a high sucrose concentration is beneficial for maintaining the oocyte structure during the processes of vitrification and thawing, which ultimately results in increased in vitro fertilization rates. 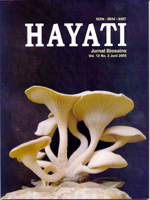