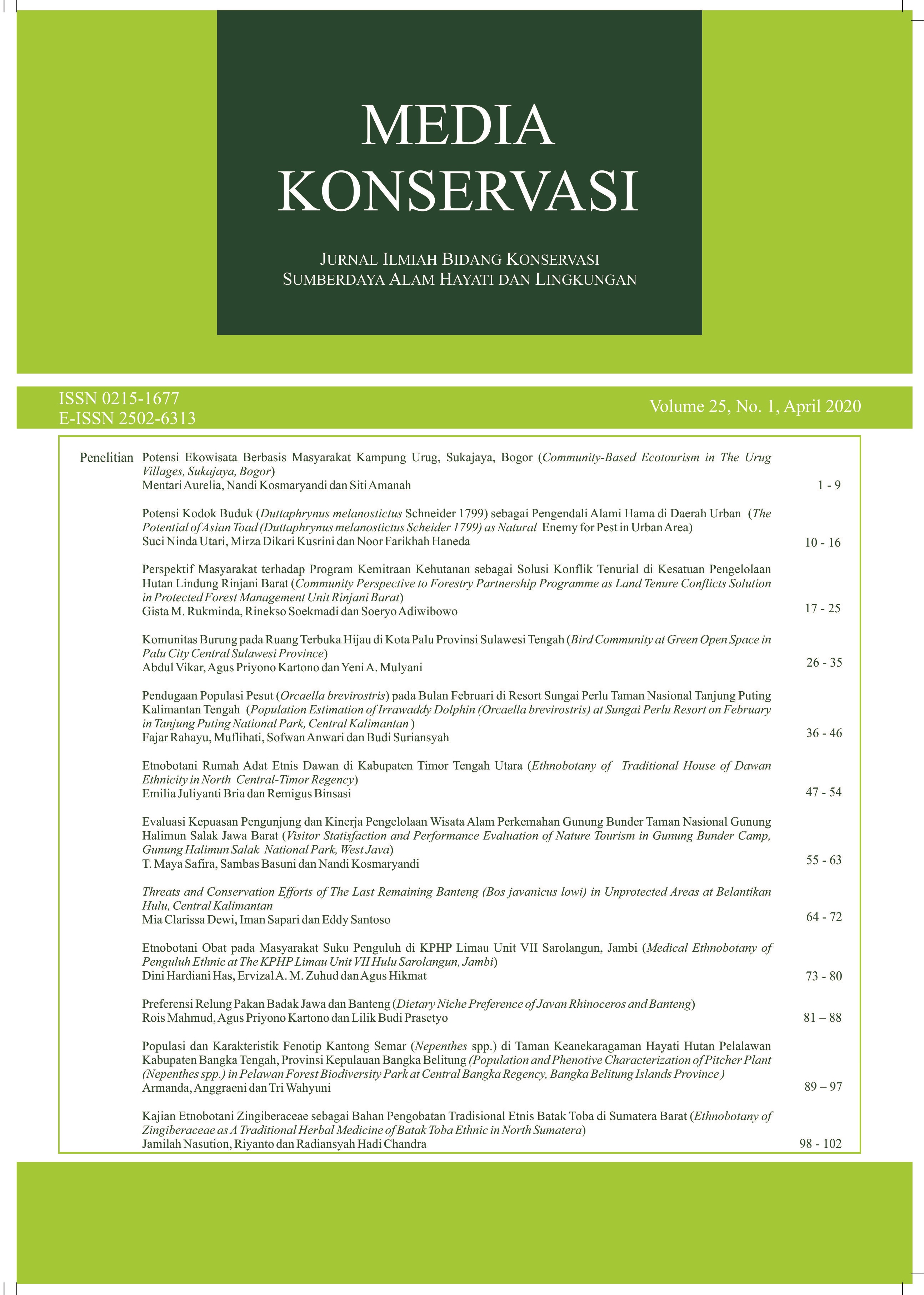 Bornean banteng is classified as endangered and found only in Borneo island. The existence of a wild population of Bornean Banteng in Belantikan Hulu, in the north-western part of Indonesia’s Central Kalimantan Province, has been confirmed from the results of camera-trap programme since 2013, but its population size has yet to be determined. The study aimed to identify the threats to the banteng population in Belantikan Hulu and describe the conservation efforts that have already been taken there. Although Belantikan Hulu is now one of the priority habitats for conserving banteng in Kalimantan, the area lies outside the nationally-designated conservation area network. Hunting is one of the greatest threats that can lead directly to failure in their population. Local informants were able to describe the location and number of 24 banteng that were killed over a 65-year period, from the 1950’s to 2015. The true number is likely to be much higher, since these data were derived from a sample representing only 30% of the local hunting community, and they did not include information from any outsiders. Logging, mining and shifting cultivation in around banteng habitats are important factors that are currently contributing to the destruction and degradation of their habitats in Belantikan Hulu. Conservation efforts have got a lot of supports from local stakeholders. These efforts have led to a customary regulation being adopted that prohibits hunting of banteng or degradation of their habitats around their key saltlicks and feeding sites, and the creation of local conservation area of 1,700 ha (on land voluntarily released by the logging company) that includes these key sites.

Authors submitting manuscripts should understand and agree that copyright of manuscripts published are held by Media Konservasi. Copyright encompass exclusive rights to reproduce, to distribute, and to sell any part of the journal articles in all form and media.  The reproduction of any part of this journal, its storage in databases and its transmission by any form or media will be allowed only with a written permission from Media Konservasi.