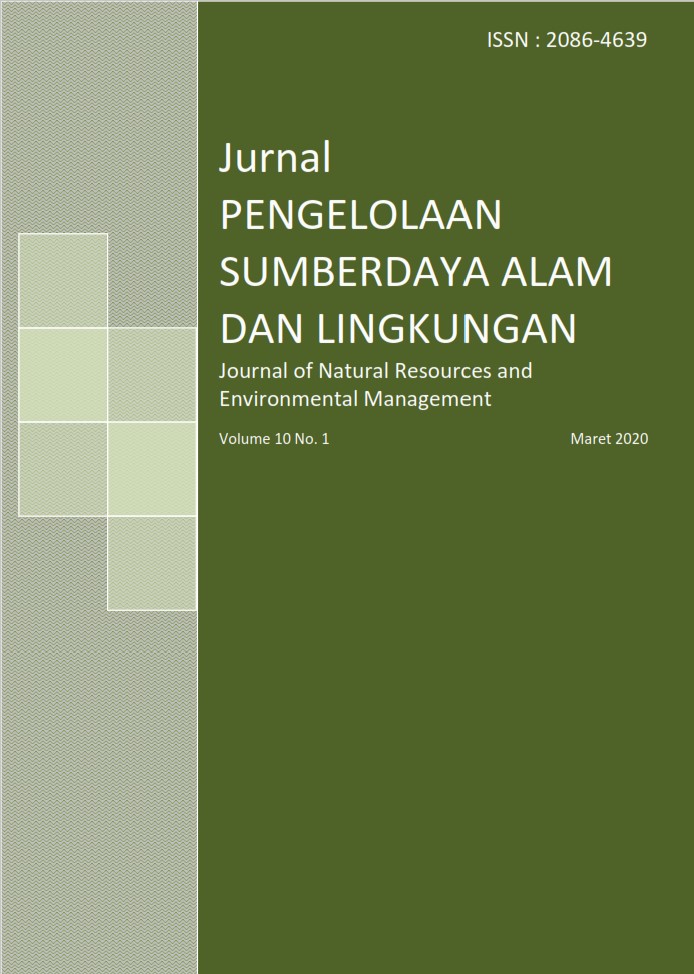 Langkap (Arenga obtusifolia) is one of the species of the Arenga clan, which has a wide distribution in Ujung Kulon National Park (UKNP). The aim of study was to determine the pattern of spreading langkap in order to support the management of Javan Rhino habitat. The vegetation analysis method used is a combination method between the line method and the path method. Langkap is the dominant species in UKNP at the sapling growth rate, with a density of 480-624 individuals/ha and INP value of 61.47% -78.30%, while the catch density at seedling growth rate is 900- 2,200 individuals/ha with INP value of 21.31% -49.41%. The standard Morisita coefficient value of langkap in each research block and growth rate is obtained in the range of values (-0.32) - 0.51, the spreading pattern shows a clustered spread pattern (Ip> 0) and uniform (Ip <0). The tendency of langkap domination in the research block can be seen from the ratio of catch density compared to the total density or its relative density at various growth rates. This shows that in the dominant catchment area there is a reduction in the density of plants other than langkap, especially the Javan Rhino feed plants.