This study aimed to evaluate the effect of extract and cinnamon (Cinnamomum burmannii) leaf flour
in the diet in increasing quality of meat of catfish (Pangsianodon hypopthalmus). Catfish with a weight of
319.64 ± 35.99 g/nets reared in 9 nets with dimension 2x1x1,5 m3 at a density of 15 fish/nets for 60 days
of maintenance. The fish were fed with leaves of cinnamon at a dose that was: 0% cinnamon leaf, 0.1%
cinnamon leaf extract, and 1% cinnamon leaf flour. The fish were fed 2 times a day with the feeding rate of
3% of the average weight of the body. The results showed the treatment of leaf extract and flour, cinnamon
capable of decreasing levels of body fat, fat meat by 10,31-12,27%, 37,26-50,23%, respectively, compared to
controls (p<0,05), however, cinnamon leaf extract treatment is more effective in improving the quality of
meat catfish that looks meat texture compact, white flesh color and a slightly sweet taste.
Keywords: cinnamon leaf, meat quality, Pangsianodon hypopthalmus 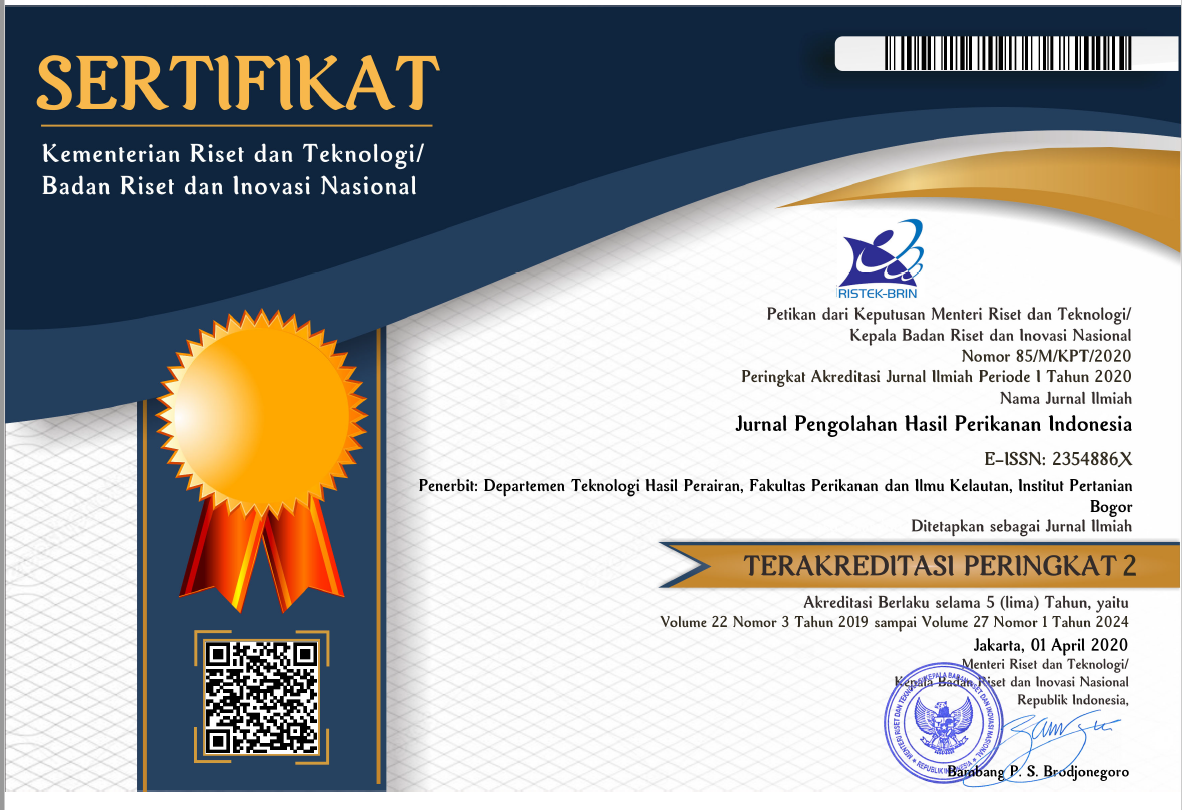