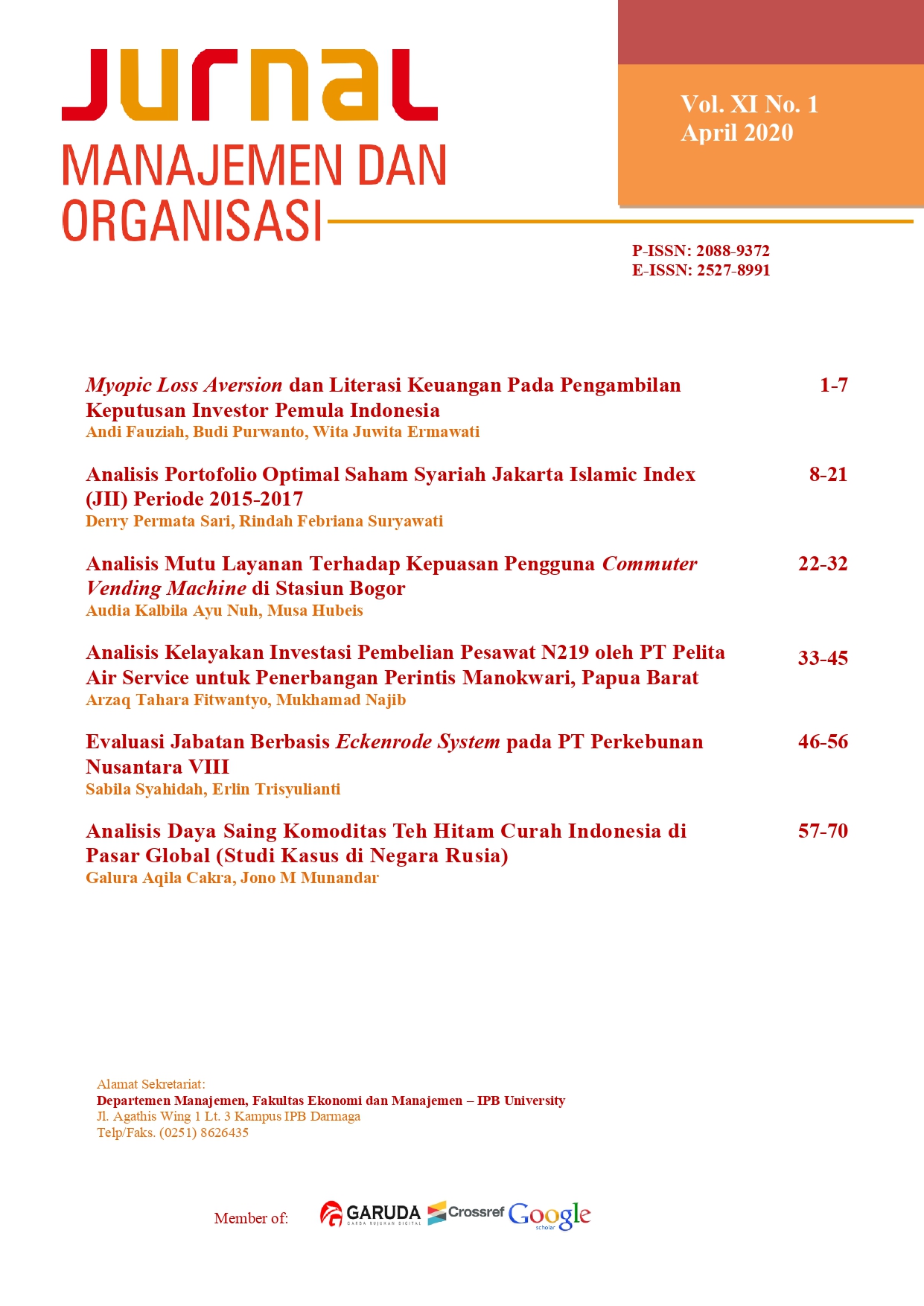 Commuter line is the most commonly used transportation especially in Jakarta, Bogor, Depok, Tangerang and Bekasi (Jabodetabek). This study aims to analyze service quality that affecting the Commuter Vending Machine (C-VIM) user’s satisfaction in Bogor Station and to explain the most significant service quality that affecting C-VIM user’s satisfaction. The primary data is earned by using questionaires. The secondary data are in the form of literature and official publications of PT KAI Commuter Indonesia (PT KCI). The method to determine the respondent is done by using purposive sampling with sample of 100 respondents that had already used C-VIM. The result are then analyzed by multiple linear regression. The result showed that variables such as tangibles, responsiveness, realibility, emphaty and assurance simultaneously affect C-VIM user’s satisfaction. Partially responsiveness and realibility have significant and positive effect on C-VIM user’s satisfaction. Hence, the increase of quality in responsiveness and realibility affect more significant towards C-VIM’s user satisfaction compared to the increase of quality in tangibles, emphaty and assurance.