The focus of monitoring was the plant purposely cultivated because after re-vegetation, there were a very few of other plants growing naturally on reclimed coal mining area which were recorded, whereas these plants had important values. The research aimed to record all plants and to identify predominant plants over the reclaimed land of PT Adaro Indonesia. There were four sampling locations with 13 squares of 50 × 20 m2 on each location established and on each square there were 5 plots of 2 × 2 m2 plotse made. Both plant species and its individual number of woodyplant saplings were recorded on each square, so in each plot, there were small species and its individual number of either woody-plant seedlings or non-woody plants (herbs/shrubs, grasses, ferns). The relative density and the relative frequency of woody or non-woody plants were summed to obtain the important value index (IVI) of each successional stage. There were 107 plant species consisting of 32, 43, 27, and 5 species of saplings,
seedlings/herbs/shrubs, grasses, and ferns respectively. From those species, 16 species of woody plants and 2 species of herbs were planted purposely,other species grew naturally and even some of them were dominants. Either the number of plants or the dominating plant is varied according to the sampling location and the growing stage. 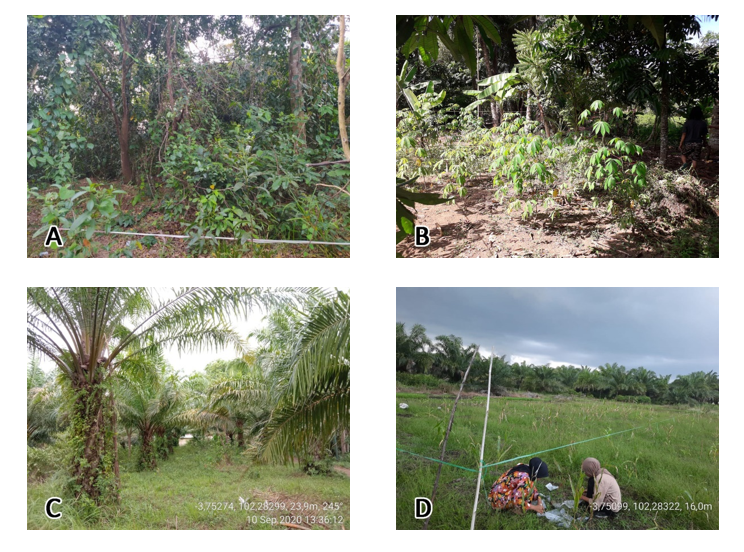 Soil Organic Carbon in Forest and Other Land Use Types at Bengkulu City, Indonesia