Mangrove ecosystem existence is important for environment and other organisms because of its ecological and economical values, so that management and preservation of mangrove ecosystem are needed. The purpose of this research was to determine the existing condition of mangrove, both its distribution and its functional transformation in Indah Kapuk Coastal Area. Avicennia marina  becomes important as wave attenuation,  a form of abrasion antidote. Transect-Square and Spot-Check methods were used to determine the existing condition of A.marina mangrove forests. Autocad program, coordinate converter, Google Earth, Google Map, and Arc View were applied in process of making mangrove distribution map. In western of research location exactly at Station 1 and Station 2, the density value of mangrove was 450 and 825 tree ha-1, respectively with  sparse category because they were contaminated by waste and litter. In eastern of research location namely Station 3, Station 4, and Station 5 the mangroves grow well with density value of 650 (sparse), 1,500 (very dense), and 1,200 tree ha-1 (fair), respectively, eventhough the contamination still happened. The mangrove forests around the stations do not function as wave attenuation because there were many waterfront constructions which have replaced the function of mangrove forests to damp the wave. In short, it can be stated that the mangrove's function has changed in a case of wave attenuation. The function of mangrove forests is not determined by mangrove forest density but it is determined by mangrove's free position. 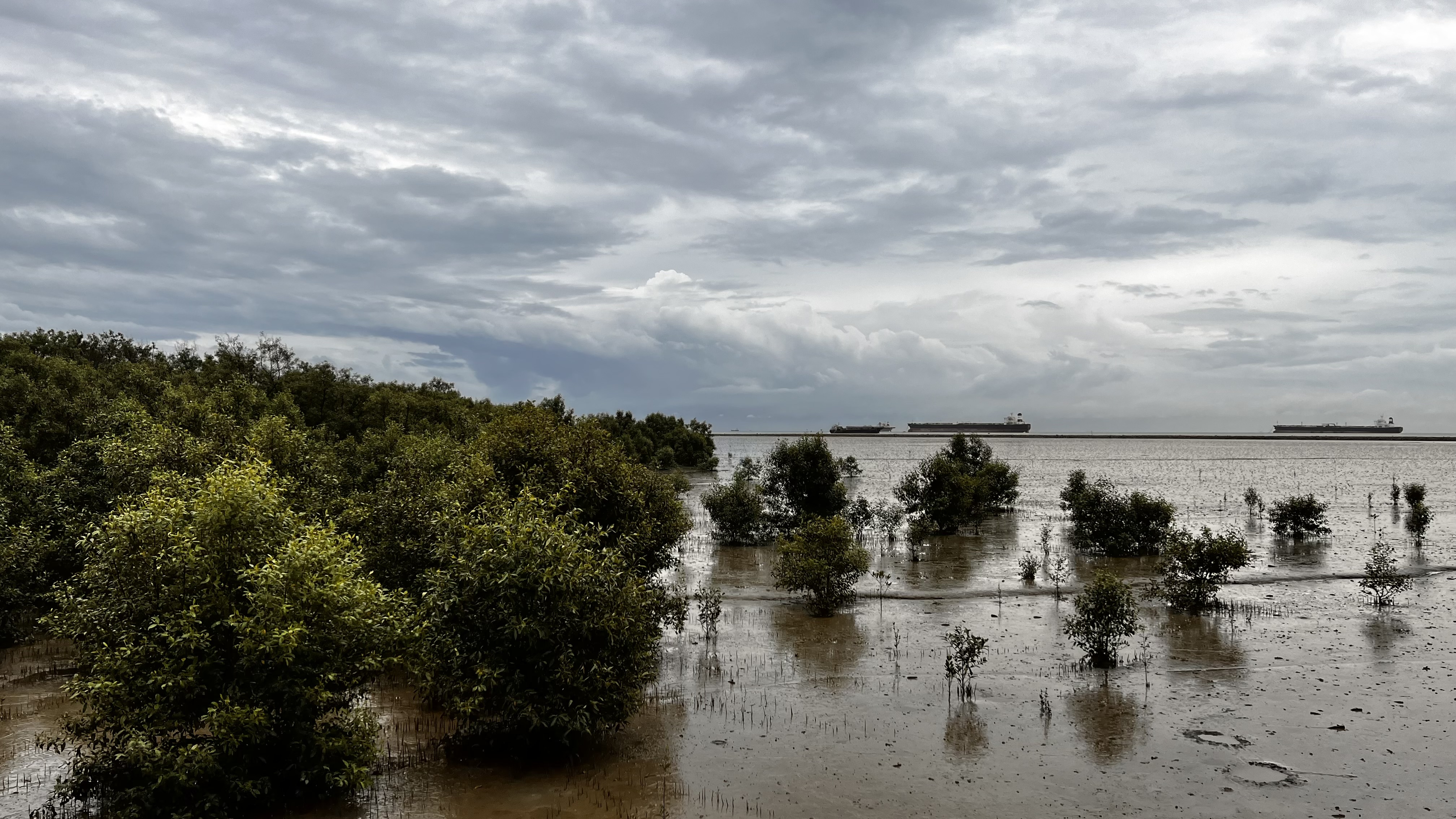