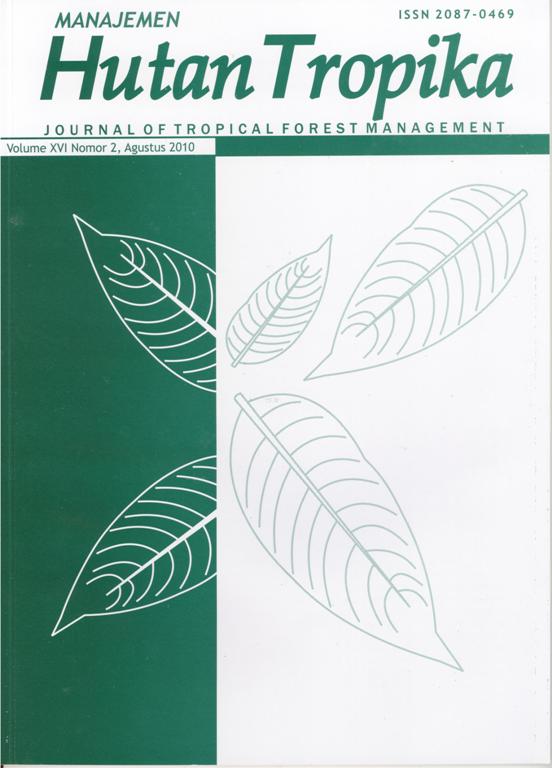 Conflicts of interest have occurred in the management of the area and natural resources of Teluk Cenderawasih National Park (TNTC) in Teluk Wondama Regency, West Papua Province. The implications of the park zoning system resulted in pro-and-contra situations that might create conflicts. With this context, the research aimed to formulate-resolution concepts that were considered suitable to resolve the conflicts for managing the park. The research showed that most stakeholders can be mapped out as key players and subject of conflict, just one as crowd and ones as context setter. The research also revelaed that the zoning system has accomodated the needs and aspirations of all stakeholder. Based on the finding it can be said that the existing conflict models were categorized as no conflict among most stakeholders, latent conflict (between BBTNTC with WWF, BBTNTC with Dinpar, DKP with Waprak, and DKP with Yende), and emerging conflict (between DKP with BBTNTC). The research concluded that the conflict of the park management can be resolved through collaborative management approach that can be developed with shared control by other stakeholders. Collaborative management should be implemented as “step by step process”: (1) strengthening the capacity of BBTNTC, (2) consolidation of BBTNTC with NGO (WWF) and local government (DKP and Dinpar), and (3) establishment collaboration with local community and the other stakeholders.

Departemen Konservasi Sumber Daya Hutan dan Ekowisata, Fakultas Kehutanan IPB, Bogor
SembiringE., BasuniS., & SoekmadiR. (1). Conflict Resolution of Teluk Cenderawasih National Park Management in Teluk Wondama Regency. Jurnal Manajemen Hutan Tropika, 16(2), 84-91. Retrieved from https://jurnal.ipb.ac.id/index.php/jmht/article/view/1996
Download Citation
Endnote/Zotero/Mendeley (RIS) BibTeX
Jurnal Manajemen Hutan Tropika is an open access journal which means that all contents is freely available without charge to the user or his/her institution. Users are allowed to read, download, copy, distribute, print, search, or link to the full texts of the articles in this journal without asking prior permission from the publisher or the author. This is in accordance with the Budapest Open Access Initiative (BOAI) definition of open access.