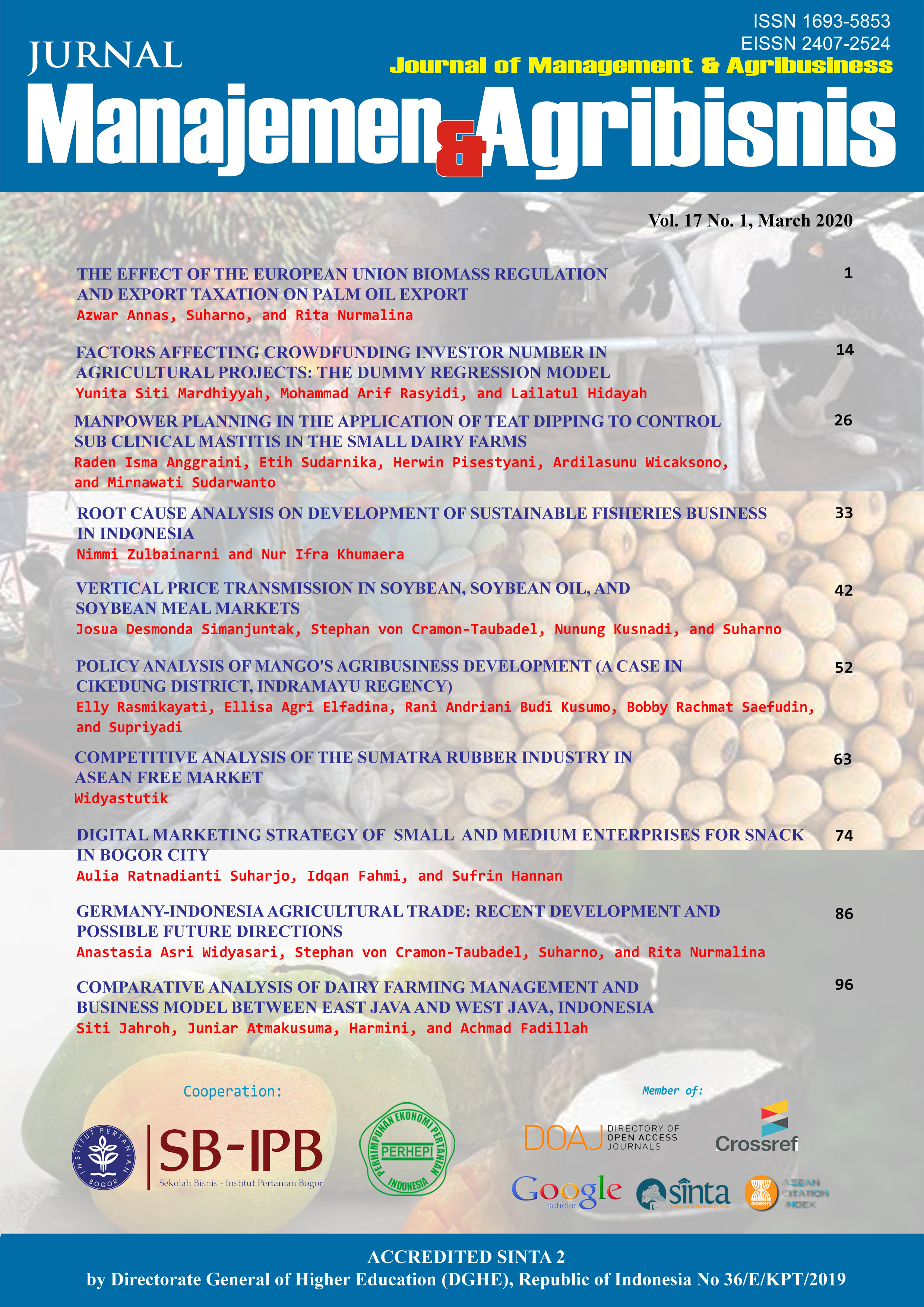 To understand the recent development and to anticipate the future directions and trends of agricultural trade between Germany and Indonesia, this study analyzed the data of agricultural trade between the Germany and Indonesia. The major agricultural commodities that are traded between those countries are crude palm oil (CPO) and skimmed milk powder (SMP). There were public policies and environmentalist group movements that may have influenced the agricultural trade volumes within the period. This study identified those two factors. This study also identified possible future directions and trends of agricultural trade between the two countries. It analyzed the data ranged from 2001 to 2018, which were obtained from ITC Trade Map and analyzed using multiple regression models. The findings were in 2001-2018, the CPO and SMP trade between those countries showed an upward trend. However, it was predicted in the future that the public policies and environmentalist group movements might cause the agricultural trade to decrease. The world production quantity of CPO and the production of CPO in Indonesia had a significant effect on the German import from Indonesia, whereas the production quantity of milk in Indonesia and the GDP of Indonesia had a significant impact on the German export to Indonesia. The future directions and trend of German CPO import from Indonesia and German SMP export to Indonesia show an increase both for quantity and value.