Hunting at the Abun Regional Marine Protected Areas: A Link Between Wildmeat and Food Security

Native Papuans are relied on hunting for subsistence purposes and significantly contributed to traditional cultures. However, in Papua information on hunting is limited and largely restricted to anthropological setting with most observations were done on the forest sites in lowland and highland landscapes. This study focuses on the contribution of hunting on food security along the coastal forests at the Bird’s Head Peninsula. Do people live near coastal sites mostly rely on marine resources as protein source? We gathered data on hunting by the majority of Karon ethnic group in the Abun district of Tambrauw Regency at the Bird’s Head Peninsula of Papua, Indonesia. We used information from in-depth interviews with hunters and households meal survey at four villages of Abun: Waibem, Wau, Warmandi and Saubeba. Reasons for hunting were varies among respondents but mostly conducted for trade. Six species of mammals and three birds were commonly hunted by using six different hunting techniques.  Wild pig and rusa deer were the major targets in hunting to meet the demand of meat for both trading and household consumption. Meals containing wildmeat was the most consumed meal, greater than meals containing fish, animal products and vegetables, and noodles. 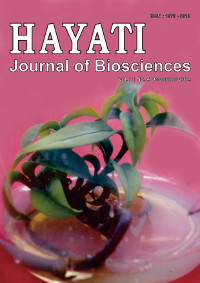