Diet and habitat overlaps were studied for the leaf monkey (Presbytis rubicunda) and bornean white-bearded gibbons (Hylobates albibarbis) in tropical forest of Cabang Panti Research Station (CPRS), Gunung Palung National Park, West Kalimantan. Systematic data on feeding and ranging behaviour were collected from August 2009 up to February 2010 for the three groups of two sympatric primate species that shared two neighbouring patches. Our results showed that seven types of habitat in CPRS were affected to both primates, particularly in plant utilization for feed and the use of vertical space patterns. If the leaf monkeys were present in the same forest patch, the Bornean white-bearded gibbons showed a reduced within-group dispersal and significantly less foraging time in a given forest patch. This might be due to the bornean white-bearded gibbons were more selective in their diet selection. When fruits were scarce, bornean white-bearded gibbons spent most of their foraging time in many types of forest ecosystem, while leaf monkey foraged within one or two types of forest ecosystem. At this period, diet and habitat overlaps between the two species were low. When the availability of fruits increased, leaf monkeys shifted their foraging range and both species became confined to the forest habitat. Consequently, the overlaps of diets and habitats were increased while the peak was at the end of the fruit season. 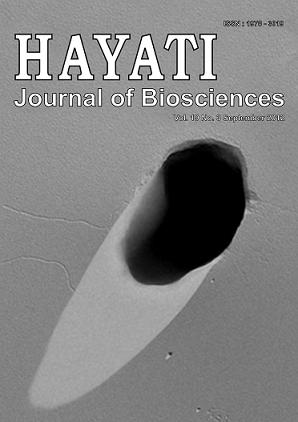