The Occurrence of Hybrid in Nepenthes hookeriana Lindl. from Central Kalimantan can be Detected by RAPD and ISSR Markers

Nepenthes spp. (Nepenthaceae) is one of the most popular ornamental plants in Southeast Asia. There are 97 species of Nepenthes to which 64 are found in Indonesia with the center of its diversity located in Borneo. N. x hookeriana was hypothesised to be a natural hybrid between N. ampullaria and N. rafflesiana on the basis of morphological characters. Several variants of each species were also known. This present study aimed to detect the occurrence of hybrid within N. x hookeriana ‘spotted’ and ‘green’ variant using random amplified polymorphic DNA (RAPD) and inter-simple sequence repeats (ISSR). Five RAPD primers and three ISSR primers were used to amplify total DNA genome and produced 83 polymorphic bands ranging in size from 300-1700 bp. Clustering analysis was performed based on RAPD and ISSR profiles using the UPGMA method. The genetic similarity of the combined markers range between 0.30-0.75 indicating a narrow range of genetic similarity among the accessions. Results from cluster analyses suggested that N. x hookeriana was indeed a hybrid between N. ampullaria and N. Rafflesiana, however it was genetically more similar to N. raflessiana. 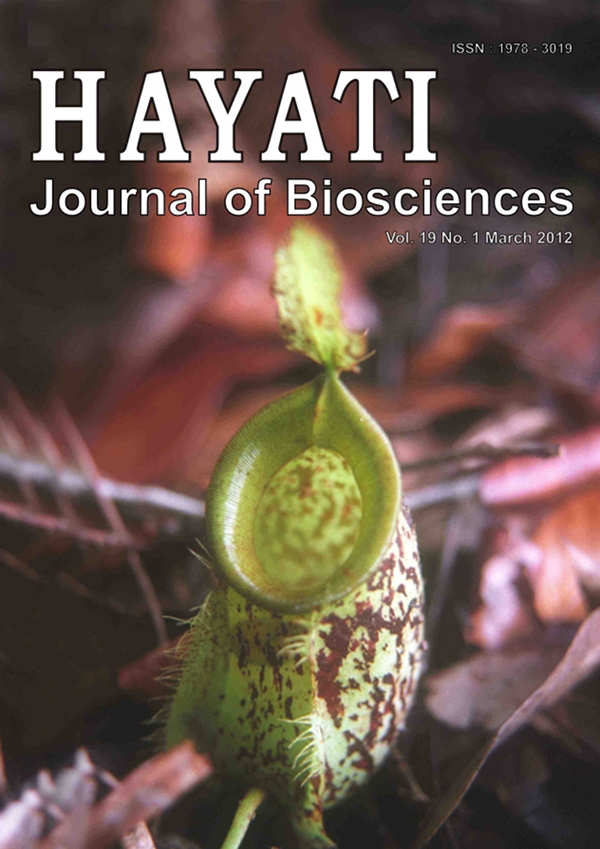