A completely new and unexpected quasi human species, Homo floresiensis, nicknamed the Hobbit, was described in 2004 from Liang Bua, a cave in Flores. Like many important new contributions to the human fossil record in the past, many commentators refused to believe that a new species had been discovered, and the type specimen was interpreted as a pathological modern human, usually as a microcephalic dwarf. There is no substance to these claims: close analysis shows that Homo floresiensis is not only a genuinely new species, but that its closest affinities lie with Plio-Pleistocene African species such as Homo habilis, so that it documents an earlier dispersal of hominins from Africa and had hitherto been suspected. 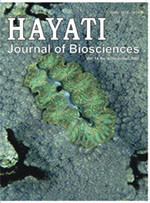