The Sequence of The Limiting Amino Acids in Wheat Protein

A series of experiment was conducted at the Departement of Nutrition Biochemistry and Microbiology the University of New England, Australia, in order to examine the sequence of the limiting amino acid in wheat protein. Four wheats of different crude protein (CP) content (15.4, 16.2, 16.5 and 17.3%) were used in this experiment.

Male, one-day-old Steggles broilers were segregated on the basis of live weight into groups of 8 chicks ,and given four experimental diets in four replicates. The chicks were housed in electrically_head four_deck battery brooders with wire mesh floors.

Four basal diets, formulated to be deficient in lysine, methionine and threonine, were comprised mainly of four different wheats as methioned before. All diets were of equal metabolizable energy (ME) and CP contents and were fed in a mash form. Synthetic L -lysine, DL-methionine and L-threonine, alone or in combinations, were added to the basal diets as a test diet. Commercial broiler starter crumbles and complete diet were used as the control.

chicks were grown from 1 day old to 15 days in experiments 3 and 4. Body weight gain (BWG, g/day) and feed conversion ratio (FCR, feed/gain) were variables to be measured. 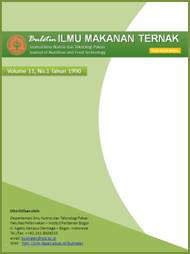