Indramayu District is one of paddy production area in West Java and it’s contribution to total province production around 35%. This district is very prone to drought and flood, especially when ENSO events. Therefore, ability to predict season onset and rainfall characteristics is necessary. The objective of this research is to evaluate the accuracy BMG’s (Meteorology and Geophysic Agency)forecast and improve Climate Forecasting Zone (CFZ) of Indramayu. The evaluation used predicton and observation data from 1987-2001 for rainfall characteristics and 1995-2001 for season onset using Chi-Square test. Improvement CFZ of Indramayu was analyzed using Principle Component Analysis and Cluster Analysis. Result of Chi-Square test indicate that rainfall characteristic forecast is significantly different with observation. But, prediction of season onset is relatively well. Generally, accuracy of season onset forecast at CFZ-6 is 57,1%, while at CFZ-7 around 50-85,7%. Accuracy rainfall characteristics forecast is between 43,6 % 44.8 %. The accuracy is still lower caused of two primary factor. First, regional division of Indramayu CFZ only divide into two zone i.e. CFZ-6 and CFZ-7 is too rough, where CFZ-6 represent 122.025 ha and CFZ-7 represent 81.986 ha, and rainfall variance in the same CFZ is still high. Second, statistical model that used to predict season onset and rainfall characteristics still is not appropriate with data characteristic. Furthermore, the result indicate that CFZ in Indramayu should be divided into eight CFZ from six CFZ before. Test of monthly rainfall data in the same CFZ using general linear model indicate that number of station which not include to the same CFZ decrease with increase of CFZ from six to eight. 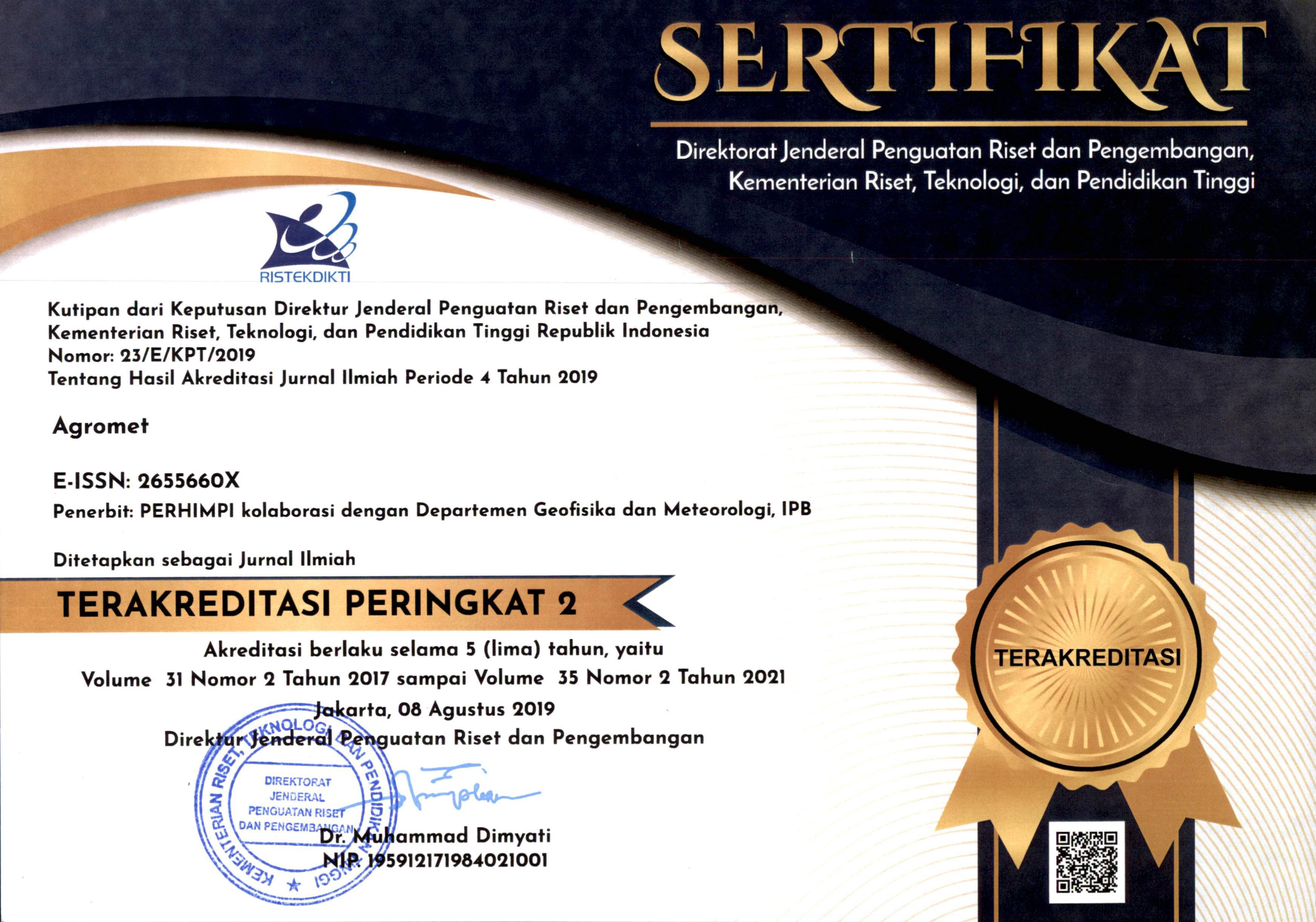 Agromet is licensed under a Creative Commons Attribution-ShareAlike 4.0 International License.