Habitat Preferences and Distribution of the Freshwater Shrimps of the Genus Caridina (Crustacea: Decapoda: Atyidae) in Lake Lindu, Sulawesi, Indonesia

The objectives of this study were to reveal ecological preferences and distribution of all species of Caridina found in Lake Lindu and their catchment area. Specimens from 39 sampling sites were caught using tray net and hand net. There are three species of Caridina found in the lake system, i.e. Caridina linduensis, Caridina kaili and Caridina dali. There is no overlapping distribution among the species. Caridina kaili is a true riverine species and it is never encountered sympatric with C. dali nor C. linduensis. This species is abundant in streams and ditches with moderate flow running water and gravel–cobble substrate. It is mainly spread within streams west to the lake. Both C. daliand C. linduensis can be found in the lake and streams with very slow current to almost stagnant water, muddy sand substrate and associated with roots of water plants and leaf litter. However, C. dali is never occurred together with C. linduensis and they are less abundant compare to C. kaili. Distribution of Caridina spp. in Lake Lindu is probably affected by the temperature of their habitats and the occurrence of introduced fish such as Mozambique tilapia (Oreochromis mossambicus), common carp (Cyprinus carpio), and an alien riceland prawn (Macrobrachium lanchesteri). These introduced and alien species can have the potency to become predators or competitors for the Caridina spp. It is also the first record for M. lanchesteri present in Lake Lindu. 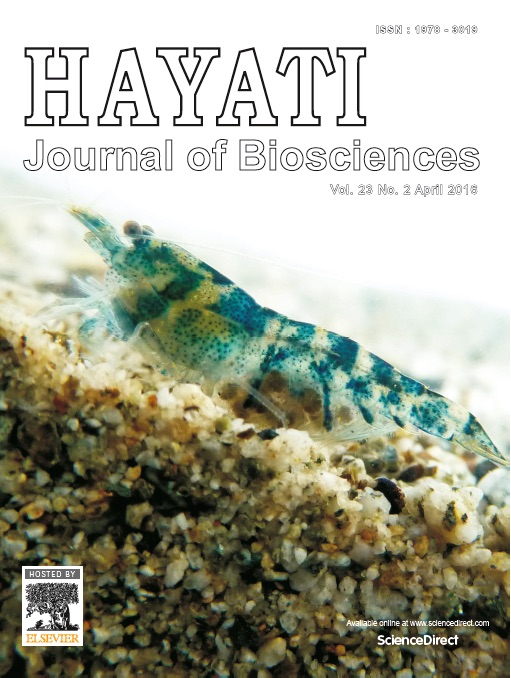