Correlation of Production (Mortality and Weight Gain) with Status and Level of Biosecurity Implemented on Layer and Broiler Farms in West Java, Bali and South Sulawesi 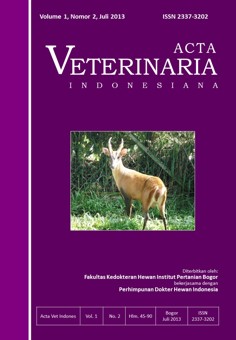 This journal provides immediate open access to its content on the principle that making research freely available to the public supports a greater global exchange of knowledge.

All articles published Open Access will be immediately and permanently free for everyone to read and download.  We are continuously working with our author communities to select the best choice of license options, currently being defined for this journal is licensed under a Creative Commons Attribution-ShareAlike 4.0 International License (CC BY-SA).